Dalvey Haus is a redevelopment of the former Villa D’Este that KOP purchased en bloc for $93 million in May 2018. (All photos: KOP Properties)

As new condominium units in Singapore are shrinking in size, coming across a development that offers relatively more spacious units, is always a plus for investors and homebuyers alike.

Dalvey Haus, a freehold condominium jointly developed by KOP Properties and Low Keng Huat, offers just that and more. It is a redevelopment of the former Villa D’Este that KOP purchased en bloc for $93 million in May 2018.

The boutique development comprises just 27 units across a single three-storey block and another single four-storey block. Units are a mix of two- to five-bedroom apartments. According to Choo Wee Chyn, co-founder of Attribuild, the units at Dalvey Haus are “extraordinarily luxurious” in size

Dalvey Haus scored high and won the Layout Excellence Award at EdgeProp Singapore Excellence Awards 2021. The scores for layout were arrived at using Attribuild, a system that uses algorithms and a patented system to determine the efficacy of residential floor plans and even floor plans of individual units

According to Choo Wee Chyn, co-founder of Attribuild, the units at Dalvey Haus are “extraordinarily luxurious” in size. Every unit, including the two-bedroom units, come with private lifts and have a proper kitchen, he observes.

For the larger units, most of the bedrooms are en suite, which is rare in most new developments today, he adds. The layout is well thought out, according to Choo, as all the apartments come with a proper utility area too. The bigger units have a separate storeroom in the utility area. 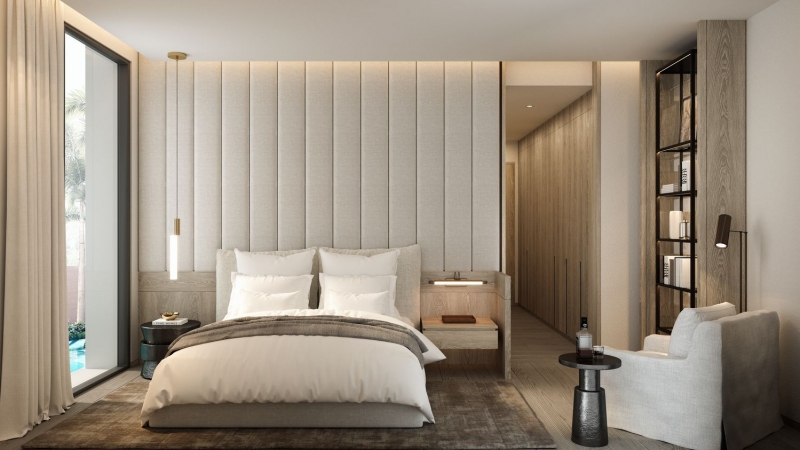 For the larger units, most of the bedrooms are en suite

The units in Dalvey Haus do not come with roof terraces, balconies or private enclosed spaces (PES) that are included in the floor area but may not necessarily be used all the time. “In terms of efficiency, this project is interesting in that the strata area for each unit covers most of the usable internal space,” says Choo.

Increasing the efficiency is the squarish layout of the apartments, with no long corridors from the main entrance, or leading to the bedrooms. The rooms within are rectangular, which makes them functional and user-friendly, he says.

Located along Dalvey Road in prime District 10, Dalvey Haus sits on the 55,000 sq ft, freehold site. It is set within the exclusive Dalvey Estate Good Class Bungalow (GCB) enclave. Adding to its allure as a boutique urban resort is its proximity to the Singapore Botanic Gardens. At home, residents will enjoy the central oasis’ facilities including its top-class concierge service, hydro spa, a sizable playground, cabanas by the pool, a well-appointed gym, as well as a BBQ pavilion for gatherings and special occasions.

Based on caveats lodged to date, about four units have been sold at prices above $3,000 psf. The latest, and fifth deal, which is for a 5,500 sq ft five-bedroom unit on the third level, fetched $16.28 million ($2,960 psf), is believed to be a sale to one of the shareholders of the company.